5 Benefits of Being a Misfit Entrepreneur 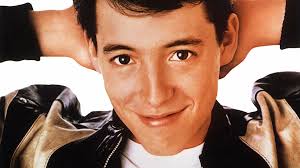 5 Benefits of Being a Misfit Entrepreneur

You might think that fitting in will help you get ahead in business, but it’s not true. Standing out is the only way to reach your fullest potential. It’s also the only way to build strong relationships.

Connecting and fitting in are two different things. As counterintuitive as it might seem, trying to fit in will actually prevent you from authentically building relationships, especially with successful people. You’ll never be able to connect with high-level people if you don’t have a high-level sense of self. Being a misfit is to an entrepreneur’s advantage: Choose to stick out, think for yourself and be yourself.

If you do this right, you’ll reap a lot of rewards. Your relationships will be stronger, your profits will be bigger and your business will become more respected. Here are five benefits you’ll enjoy by being a misfit:

It’s easy to build fake relationships. It’s easy to lose them, too, because as soon as you stop doing what the other person wants and start acting like your real self, that person will leave you.

When you choose to be yourself and stick out, you’ll attract people who like you and your business just the way they are. You’ll build lifelong relationships with them because you’ll like the same things and have the same goals.

Don’t pretend to be someone you’re not. Don’t chase fitting in. If you do find yourself chasing a client, collaborator or mentor for the wrong reasons, don’t beat yourself.

Instead, remind yourself that there are 7 billion people on the planet and that you should focus on only those who like the real you.

It’s not easy being an entrepreneur. When you’re starting a new business, it can feel like you’re sinking into a pit with 1,000 heavy weights piled on top of you.

You’re constantly facing the reality of waking up the next day broke and desperate. Under these conditions, it’s easy to start entertaining the idea that you’d be happier and richer if you returned to your corporate job. But this is just an illusion.

In his book, No More Dreaded Mondays, Dan Miller discusses the breakdown of millionaires in America, with business owners comprising 74 percent of them.

Your best chance at becoming a millionaire is to start your own business. Yet, this is a risk that most people never take: A 2013 report by Babson College showed that only 13 percent of the population is involved in a startup.

With almost two-thirds of millionaires being business owners, do you want to be a part of it?

Fitting in is bad for business. The more you try to make your product like other people’s or attempt to make a product for everyone, the less profitable it will become. Gross margins in mass-market segments tend to be slim in comparison. There’s just too much competition.

By entering niche markets with a misfit product, you might enjoy higher margins and other benefits.

Misfit products are those that don’t fit into the mass market. They offer massive value but only to a few individuals. Your goal should be to dominate a tiny niche market and grow out from there. Don’t try to spread yourself out over every market and grow in. It doesn’t work.

Have you ever gone to a meeting with 10 or more people and tried to get anything done? It’s impossible.

As Susan Cain put it in her New York Times article, “The Rise of the New Groupthink,” “decades of research show that individuals almost always perform better than groups in both quality and quantity, and group performance gets worse as group size increases.”

Misfits, on the other hand, move fast. What they lack in size, they make up for in mobility and creativity.

Fitting in might feel like the best way to get people to respect you, but it’s not. Fitting in only creates the illusion that other people respect you. They let you in. You let them in.

No one rocks the boat. Everybody feels equal and happy. But no one is respected.

The only way to be respectable is to stand out. This means being a little aggressive and defiant. Certain types of assertive and rule-breaking behaviors are attractive. In fact, a 2012 study by the American Psychological Association found that people rate defiant and surly misfits as more admirable than their polite and group-oriented peers.

Don’t be a jerk but don’t be afraid to rock the boat and stand out either. People will look up to you for it and be inspired to stand out, too.