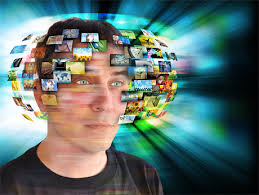 When making decisions under pressure, many professionals are plagued with a fear of making the wrong choice, selecting an option that could lead to business failure. This fear of failure, in itself, is not a bad thing.

In our new book What Business Can Learn From Sport Psychology, we examine how a fear of failure can actually provide powerful motivation for athletes and business professionals. But that’s only if the fear of failure inspires thoughts of success and taking assertive actions toward a desired goal.

So where does the fear of failure stem from? Often it originates from the fear of making the wrong choice, which more often than not is caused by over thinking.

The root of over thinking.

With over thinking, people want to make the right decision so much, they worry that they won’t be able to and lose sight of what it takes to make good decisions: a clear mind. By worrying and ruminating about a decision, they can slow down the mental processes that underpin decision making. They try to force the brain to complete the complex process of making a decision in a way that it is not comfortable with.

Take driving for example. Driving is an extremely complicated process involving coordination of mind and body to perform intricate movements safely and proficiently. If you’ve been driving for some time, no doubt you make the complex decisions for doing so without thinking about the precise processes involved. You have developed expertise after all, and decisions can be made without having to process each alternative and consciously weighing the pros and cons. But maybe when you were learning to drive this wasn’t the case. When someone is learning to drive, each choice is made intentionally and deliberately.

But if you had to take your driving test again in order to continue driving (and had to make sure your performance was flawless), you would probably abandon your automatic decision-making process and instead break down the choices into their component parts, asking yourself, Are my hands in the right place? Have I checked the mirrors? Am I in the right lane?

The trouble is, by examining all the component choices, you would be making decisions in a way that’s very odd for your brain. You are an expert, remember, and all this intricate and in-depth procedural decision making is not needed anymore. So what would normally be a smooth and proficient decision-making process would become a slow and uncoordinated state of confusion. That ultimately would damage your performance.

In golf, over thinking the skill execution has been the ruin of many a professional. Like all elite athletes, professional golfers have undergone thousands of hours of deliberate practice to ingrain technical skills into their mind and body. This learning process means that when they perform, they don’t need to think about the individual component parts of skill execution.

When putting, they don’t need to consider the complex sequence of coordinated movements in their hands, arms, shoulders, back, trunk, legs and feet. They can just think about where they want to the ball to go and execute the move automatically.

But when worry emerges, in those pressure situations when a putt will win the championship, many golfers start to break the skill down and try to make the putt as if they were novices performing the skill for the first time. No longer is putting a smooth automatic process. It becomes an uncoordinated and rigid process. And that can turn a simple putt into a performance catastrophe.

So under stressful, pressured situations, when making a decision is vital, worrying can cause overthinking. The working memory is someone quickly calculates risk and weighs the pros and cons in the brain. It is also where worrying takes place.

Because worrying takes up vital space in the working memory, no longer can the person efficiently process the information needed to make that all important decison. Instead, he or she tries to grasp every little component part of making that choice and break down the skill of decision making into a mechanical process. Just like the driving example, however, this isn’t how the person normally makes accurate decisions.

If you encounter those stressful high-pressured moments, instead of over thinking and risking paralysis by analysis, carry out your business analyses and evaluations, think about the issues and then go with what feels right rather than trying to function like a computer with a calculated output. In other words, consider the information you have and then trust your instincts.

Your gut reaction is informed by your vast experience of being a business professional and also from your experience of being human. You make decisions all the time without over thinking them. You, as a human being, are an extremely powerful and efficient decision-making machine.

by: Martin Turner and Jamie Barker