How to pick the right people to be managers 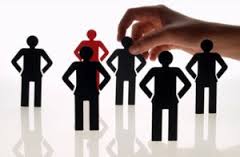 How to pick the right people to be managers

Gallup has just published their “State of the American Manager” report. “Managers,” according to Gallup, are people who are “responsible for leading a team toward common objectives.” The vast majority of managers are “wrong for their role” and they account for “70 percent of the variance in employment engagement across business units.” If you didn’t know it before, picking the right people to lead your teams will go a long way toward achieving great performance.

According to Gallup, “talent is the most powerful predictor of performance.” I disagree. I’d rather look at prior behavior. “Talent” is a guess. Behavior is reality. To understand what behavior I think is important you need to know my assumptions.

Assumption number one: Leadership is a different kind of work from the work of an individual contributor. The main difference is that the leader is evaluated based on the performance of others.

Assumption number two. Most people don’t change their basic psychological make-up much after they leave young adulthood. So you can use the way people have acted in the past as a guide to how they will act after they become leaders.

With those assumptions in mind, here are four kinds of behavior to look for in people you are considering moving into a leadership role.

Look for a positive work ethic

“As Lee Iacocca said, “The speed of the leader is the speed of the team.” You want people as managers who set the example.
Look for the willingness to confront others about performance or behavior

This is one of the most important things that a leader will do and to be done well it must be done quickly. People who aren’t willing to confront others when necessary will put off the tough conversation and their performance and behavior issues will get worse. We can teach people to do this well, but we can’t teach them to be willing to do it.

In most situations, team leaders are the default deciders for their teams. Again, this is something we can teach you to do well, but we can’t teach you to be willing to decide and then be accountable for results. You have to show up with that.

Look for behavior that indicates a joy in helping others succeed.

This is a biggy. Great leaders, especially first line leaders, love to help other succeed. That’s the kind of team leader you want throughout your organization.

You can poke, prod, test and hope to wind up with the right talent. Or you can observe prior behavior as a guide to how a new leader will perform.
What qualities or behaviors do you look for in a manager? Leave your comments below