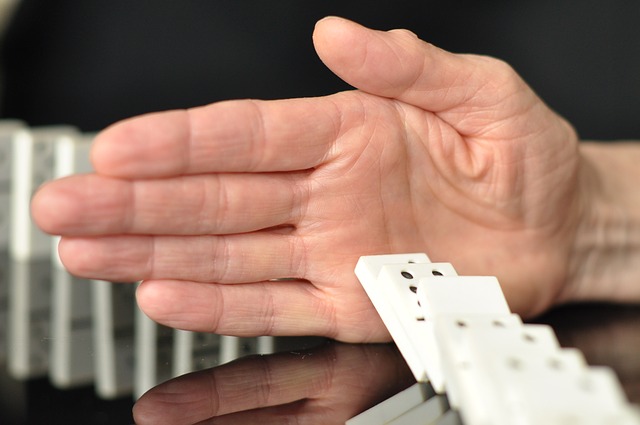 Seldom does success come easily in business. Not to be pessimistic, but most entrepreneurs who make it have inevitably faced a myriad of challenges along the way. That’s just the way it is.

And what has stunted their growth and success along the way hasn’t necessarily been major obstacles or turbulent storms. It’s been the distractions they’ve allowed to invade their lives. These are often subtle distractions, so entrepreneurs may not even know there’s a problem until one day they wake up to see that their efforts have been derailed.

The key to moving forward is being able to spot some of the most common distractions and eliminate them before they infiltrate any further. Here are some that I’ve personally experienced.

1. Listening to too many people

I’ve seen it time and time again. An otherwise intelligent, ambitious and driven entrepreneur with a seemingly infinite number of great ideas allows his or her vision to become clouded by listening to everyone else’s opinion.

Don’t get me wrong. It’s important to get feedback. Connecting with the right mentors can be integral for finding success.

However, listening to too many people is a sure-fire way to become overwhelmed. It’s often the catalyst for self-doubt. When you’ve got too many voices in your head telling you what’s right and what’s wrong, your own inner beacon of light can’t properly shine.

All of a sudden you’re second-guessing yourself, and your decision-making becomes hazy. That’s why I recommend getting opinions and feedback from just a few select people whom you trust and know have your best interests in mind.

Being productive and simply being busy are two very different things. Unfortunately, we humans are hard-wired to believe that as long we stay busy, we’re being productive.

Research on this matter from the University of Chicago found that the “belief that being busy is a sign of success and hard work is so prevalent that we actually fear inactivity.” The researchers actually invented the term “idleness aversion” to describe how people are drawn to being busy regardless of how this busyness can impact their productivity.

I know that I’ve fallen into this trap myself. Sometimes, I’ll think that I’m accomplishing something great just because I’ve been working tirelessly for hours on end. But in hindsight, my productivity was only minimal.

Breaking this maladaptive mental habit is essential to the long-term health of your business.

“I’ll procrastinate tomorrow” is a humorous line that captures the essence of prolonging important tasks just because they don’t seem very appealing at the moment. Procrastination, however, often creates a vicious cycle where it gets easier and easier to put off what you should being doing right now.

Without keeping this problem in check, you may develop a habit of laziness, which can doom your overall success.

One technique that I’ve found useful is to prioritize my tasks in order of importance and difficulty. I then tackle the biggest and baddest tasks early in the day when I have the most energy, and save the tasks that are lower on the totem pole for later.

Another reason why I believe that many people procrastinate is simply because they’re overwhelmed or intimidated by certain tasks. However, this can usually be remedied by breaking larger tasks down into smaller, more manageable steps.

This approach might be compared to scoring a touchdown in football. If you simply focus on getting first downs, you’ll eventually make it to the end zone.

Allowing workplace politics to remain unchecked and get out of control almost guarantees a negative impact on a business’ success.

This distraction is usually due to team members jockeying for power or one person’s ego taking precedence over others’, rather than keeping the focus on the common good. When this happens, things can quickly take a turn for the worse, and any semblance of professionalism can go out the window.

Unless you’re a solopreneur, with complete control over your company, you’re going to encounter different ideas within a company. The key to maintaining logical decision-making is to keep everyone’s efforts coordinated and “focused on the ultimate good of the enterprise.”

The Harvard Business Review delved deeper into this topic and discussed ways to keep office politics from sabotaging a business.

5. Saying “yes” to everything

Unless you’re a real-life version of Jim Carrey’s character in Yes Man, saying yes to every proposition or crazy idea is likely to get you into trouble. The bottom line in business is that you can’t please everyone. Not every offer is going to be legitimately beneficial.

Getting into in the habit of excessive people-pleasing, in fact, can be a major distraction and can counteract much of the success you’ve already earned. Remember that you only have a finite amount of time and resources and that focusing on projects and relationships that are going to bring about tangible results is what’s really important.

This should make it easier to say no from time to time and to ensure that you don’t wind up in over your head or agreeing to something you’ll later regret.

By recognizing some of the biggest distractions that plague entrepreneurs, you’re less likely to fall victim to them. Instead, keep your eyes on prize and accomplish more with less wasted motion.