How These 16 Words Affect Your Close Rate 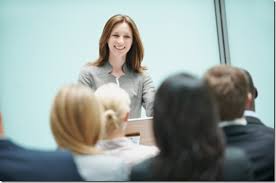 How These 16 Words Affect Your Close Rate

Research has shown that overusing “filler words” creates a slightly negative perception of the speaker. But do filler words actually have a meaningful impact on sales outcomes?

We nitpick at filler words in sales calls, thinking that reducing them will help us close more sales.

Do top performing sales reps use filler words less often (or differently) than bottom performing ones?

Let’s look at the data.

The Most Common Filler Words in Sales

First, let’s take a look at the most common filler words we found when we used Gong’s conversation analytics engine to analyze nearly half a million B2B sales call recordings: 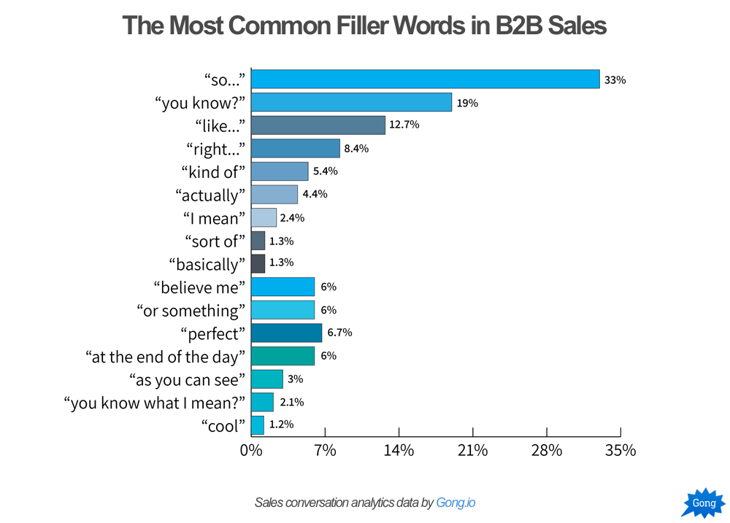 The Impact Filler Words Have on Sales Outcomes

As it turns out, this list of annoying filler words has no correlation with the success of sales calls.

When we analyzed the differences between top-, mid-, and low-performing reps, we found no statistically significant difference in the frequency or types of filler words used.

In other words: Top sales reps don’t use filler words less often (or in different ways) than their peers.

Then we sliced the data another way.

We analyzed filler words against sales outcomes while remaining blind to who produced those outcomes.

And we found the same thing: Filler words didn’t correlate negatively with call or deal success.

There was no impact on win rates, sales cycle length, conversion rates from opportunity stages … nothing.

One thing we did find was women use filler words 5% more often — and differently — than men do (a small testament that women sell differently than men?).

Women consistently use these filler words:

While men use these ones:

But those are nothing more than fun facts.

To sum up, filler words on sales calls don’t seem to have an impact on key sales outcomes — at least none that we could find.

Some might even argue that filler words serve a purpose: We use them when we need time to think, process a question or statement, and come up with a response. That’s not such a terrible thing when it comes to having a productive sales conversation.

I’d also argue salespeople and managers are hypersensitive to filler words. They are much more noticeable to reps and managers who are reviewing a call recording for coaching than they are to buyers immersed in a live conversation.