Networking for Introverts: A Primer 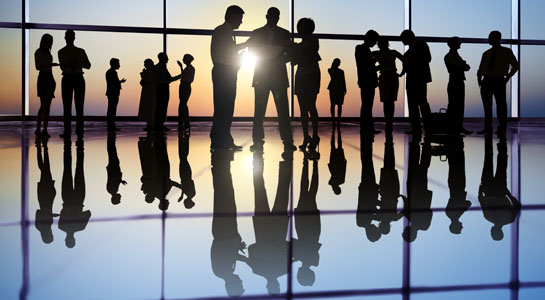 Networking for Introverts: A Primer

Is networking for introverts even, like, POSSIBLE? I mean, does anyone actually like networking – introverted or otherwise? For a long time, the thought of networking made me roll my eyes so hard I’d incite migraines.  In fact, a friend jokes that my business card should actually read “Don’t talk to me.”

But!  Then I realized that:
a) networking is really just talking to people and making new friends, two skills at which I excel.
b) knowing lots of people = exponentially more business and career opportunities.

So, I decided to suck it up. Here are all my best introverted networking tips!

8 WAYS TO NETWORK IF YOU’RE AN INTROVERT

You don’t have to introduce yourself by rattling off your professional skill set and where you work.  Just talk to people the same way you would if you met them at your friend’s barbecue.

View networking not in terms of what people can do for you, but what you can do for them. Who can you hook them up with? What advice can you give them?  When you approach a situation with no expectations about what you’re going to get out of it, you’ll be a lot more relaxed.  Also?  It feels good to help people!

I don’t really think you need to worry too much about seeming professional.

Of course, don’t drop F-bombs everywhere and wax on about religion, but you needn’t speak exclusively about “outside the box action items.”  At the last networking event I went to, my conversation topics included: the best thrift stores in St. Paul and Ukrainian wicker furniture.  Seriously.

GIVE YOURSELF A TIME FRAME/GOAL

If you really, really hate networking/meeting new people, give yourself a time frame or goal.  “I only have to stay for an hour and then I can come home and watch Netflix.”  or “I just have to give out three business cards and then I can go watch that Katy Perry 3D movie by myself.”

I know this sounds counter-intuitive, but it’s actually much easier to strike up a conversation if there are only three people there. It’s the ‘walking into a crowded ballroom of people who are already talking to each other’ bit that’s intimidating.

Show up a few minutes early and you can even help the organizers set up a bit. <- brownie points + extra networking.

A lot of us introverts aren’t particularly shy, we just hate making tedious small talk with strangers. So skip it!

A weird way to immediately build rapport: ask them for advice. People looooove giving advice. It allows them to demostrate their expertise and it can easily segue into them sharing a funny/vulnerable/non-small talk story of a time they struggled with something similar.

P.S. Obviously, keep your advice-seeking question appropriate and don’t ask something that’s going to make you seem inexperienced or inept. “The new Facebook algorithm is really giving us a rough time. What are you guys doing? I’d love your advice” = yes. “I don’t understand how to turn on my computer. What should I do?” = no.

DON’T BURN YOURSELF OUT

If you are a dyed in the wool, true blue introvert you need to know your limits.  Meeting new people and networking are important.  Maintaining your mental health is more important.  Find a balance that works for you.

I know you know this but I’m going to tell you anyway: 90% of success is doing what you say you’re going to do. And when you fail to return an email or text (especially in a professional or networking situation) you’ve just marked yourself as unreliable. Just force yourself to do it.