11 Networking Tips When You Are Crunched for Time 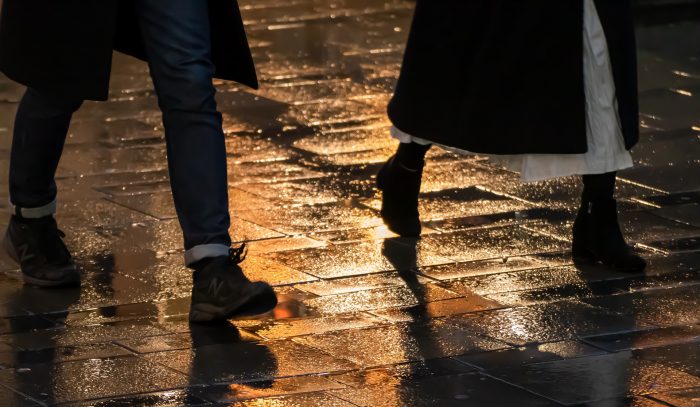 11 Networking Tips When You Are Crunched for Time

Regardless of your industry, if you want to thrive, then you need to network. Although you already know the catch: How can an entrepreneur or founder possibly fit networking into their already hectic schedules? Here are 11 tips to resolve the networking issue when you’re crunched for time.

As career expert J.T. O’Donnell noted in an interview with Work It Daily, “It’s easy to say, ‘I don’t have time for networking.’ But the truth is, networking needs to be a habit, just like we brush our teeth, we shower and we exercise.” Think of this way. If you exercise daily, you always make time to squeeze in a workout. You may be jam-packed at work today, so you can’t hit the gym for two hours, but you still make it possible to fit in 30 minutes.

“For all of you out there who are time-crunched, stop thinking about networking in terms of this big block of time,” O’Donnell added. “Start thinking about what you can do in micro-blocks of time.” For example, if you can’t attend a networking event weekly, make it a recurring monthly event. Or, set aside around 20 minutes a day to build connections online.

2. Use your current connections and relationships.

When it comes to networking, no one ever said it means solely obtaining new connections. After all, there’s a good chance that there are some quality connections already in your existing network. A great place to start is at work. Take the time to get to know your team instead of just viewing them as nameless, faceless employees. Grab lunch with staff or associates every week and find out more about them. You’ll discover that you will both benefit from the relationship. Outside of work, turn to friends and family. You’re already spending quality time with them, so why not ask them if there is anyone they know who could use your help? And never rule out past contacts. As long as no bridges were burned, you can always reach out and see if they want to catch up.

Why not tap into your existing social commitments and add them to the networking events you already have in your busy schedule? Strike up conversations when you’re at the gym or volunteering rather than keeping to yourself. Another option would be to start chit-chatting with those next to you during a public talk or in your professional-development class. All of these causal contact points have been of considerable benefit to me. This process isn’t as easy if you’re an introvert, but the more you put yourself out there, the more comfortable you’ll become at breaking the ice.

In an article for Calendar, writer Choncé Maddox recommends, “If you want to make time for networking, you need to be intentional when it comes to making room on your schedule. Odds are, you may not be able to attend an event last-minute, but you can plan ahead by getting organized.”

Maddox mentions that she sets a goal of attending at least one event each month, stating, “Going to an event weekly would just be too much for me right now, but this monthly goal is easy for anyone to fit into their schedule.”

After you’ve narrowed down your list, add these events to your calendar so that you have more than enough time to prepare. You should be selective when it comes to networking events. If you are new to the events scene, focus on participating in local activities that connect with your career interests and where you can find a friend or coworker to go with you. More intimate conferences are better when you’re just starting, allowing you to get to to know the other attendees.

Social media has become a popular and convenient way to network. At the same time, it can eat up a big part of your day if you’re not careful. Think about what your goals are and then match them with the right social channel. This way, you’re not wasting your time on a platform that isn’t furthering your social efforts. Twitter, for instance, is an excellent tool to engage with industry influencers, but LinkedIn remains the best option for straightforward, professional connections.

If you do have multiple social accounts, consolidate them with a tool like Hootsuite or Buffer. The quick consolidation of channels allows you to schedule your accounts from one dashboard so that you’re not bouncing back and forth.

6. Give people a shoutout.

Noticing and acknowledging someone is an old school SEO strategy, but you don’t want to always think strategy. Be a person, a human being; a nice person notices others and says something to build them up. Let’s say that you just read an article that inspired you. Discuss why the content was so valuable to you in a blog post or social-media update. In other words, you’re publicly acknowledging those who assisted you in some way.

It’s not always a guarantee, but another person may share your content, or the individual may reach out to you offline thanking you for discussing their work.

Speed-networking is similar to speed-dating’s round-robin approach. In this case, it’s where you spend a couple of minutes getting to know like-minded professionals. If you hit it off, then you can schedule a follow-up meeting to strengthen the connection. If not, then you only spent a minimal amount of time exchanging business information.

Think about all of the times you just sit there, waiting. It could be on your morning commute, on a flight, in a waiting room or killing minutes before an event starts. Instead of being antisocial and only interacting with your phone, talk to the person next to you.

Personally, I’m a big fan of this technique. I can’t tell you how many connections I’ve made simply because I initiated a conversation. While not all of those contacts have been useful, I’m still in touch with several of them. Plus, at minimum, it makes time fly, which I love on long flights.

No matter how amazing your office is, whether if it’s at home or across town, make it a point to work somewhere else occasionally. If you want to keep a consistent schedule, then consider a coffee shop or co-working space once a week.

Another idea would be to stop eating at your desk and go out for lunch. I wouldn’t do this daily since it’s not right for your wallet or waistline, but maybe every Friday, treat yourself if you’ve had a productive week. Sure, you may not make any meaningful contacts, but you don’t know that unless you get out of your comfort zone now and then. Besides, you’re not pulling yourself away from something that you weren’t already doing.

There is so much amazing technology out there that it’s a shame if you’re not making the most of it. For example, Brella is software that will match you with the right event attendees. It also gives you the chance to chat with them in advance and automates followups.

The CamCard app lets you capture and organize all of those business cards to your phone, and Calendar harnesses machine learning to make suggestions on what type of meeting to schedule, e.g. recommending that you block out 15-minutes for a phone call after making a new contact instead of an hour-long face-to-face.

Finally, become a super-connector. That may sound like a ton of extra work on your end, but in reality, it may only take a couple of minutes.For example, you could introduce two other people, even if you don’t know them all that well. Maybe a friend is looking for a social-media manager, contractor, etc. If you aren’t aware of anyone, then ask around for them and get some referrals.

You could also reach out to industry influences and ask if they would like to be interviewed in an article or on a podcast. However, if you’re creating top-notch content, people typically reach out to you about how you can help each other.

The main takeaway here is that to avoid networking for the sole purpose of filling out your phone contacts. You should be focused, instead, on being helpful and establishing meaningful relationships. And, in most cases, it only a couple of minutes to pass along useful information like a phone number or link to a resource.